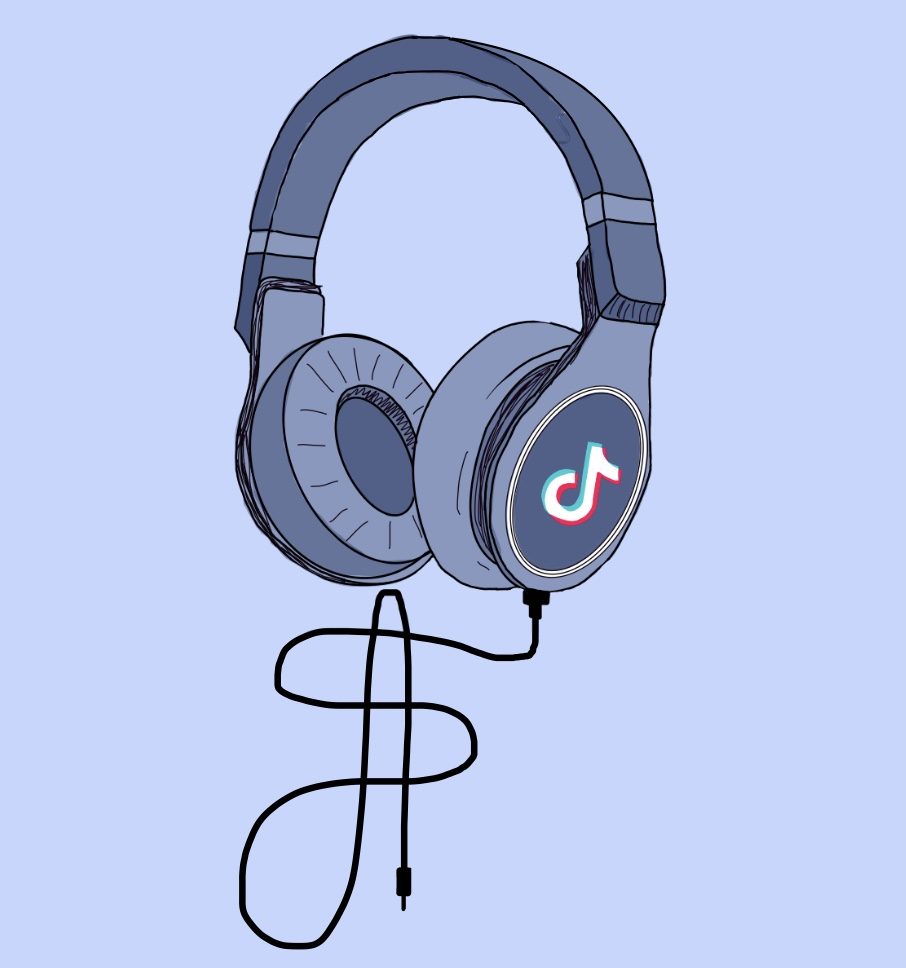 In the past few years, the app called TikTok has blown up and gained over a billion users throughout the world. Due to its enormous number of users, the app undoubtedly has a huge impact on the music industry.

TikTok has become a popular place for musicians not only to post their music, but also for them to promote it. Even small artists can have a song become popular or even go viral on TikTok because of the app’s algorithm.

“It encourages users to go off and find out more about the artists they’ve heard and listen to their music in full,” stated producer Joshua Stylah to the BBC in a September interview. “I think it’s pretty undeniable that it drives music discovery.”

Stylah, who is currently 18 years old, blew up in 2020 after Jason Derulo used his track “Laxed (Siren Beat)” in his song “Savage Love”. “Laxed (Siren Beat)” was originally posted to YouTube, but didn’t become popular until a woman posted it to TikTok. Much like Stylah, many other small creators are becoming popular because of TikTok.

“It’s not necessarily always just the music being promoted by a big label that’s doing well,” stated Scottish singer Nina Nesbitt also in an interview with the BBC. “It’s also given new artists a chance instead of a label just going, ‘OK let’s blow this song up’ and putting money behind it.”

Some singers on TikTok have even been noticed by producers in the music industry. Lyn Lapid is an example of this. She was noticed by a producer in early 2020, after she’d been posting covers on the app since October of 2019. He offered her a record deal, which she promptly turned down due to the fact that the producer wanted her to post music that she didn’t like.

“He told me how a bunch of people in the industry start out by putting out stuff they might hate if it means they’ll get popular first,” stated Lapid in an interview with Rolling Stone. “I didn’t want to enter the music industry that way.”

Instead, she wrote a song about the incident. The song, which is titled “Producer Man” went completely viral on TikTok. The video, which has over 50 million views, earned her a record deal with Republic Records. Republic Records is the label of many famous singers such as Ariana Grande, Drake, Taylor Swift, Nicki Minaj, and many, many more. The song also has almost 12 million streams on Spotify.

“As the platform grows we want to take everyone with us,” stated TikTok’s UK head of music operations, Paul Hourican in an interview with the BBC. He added, “We’re incredibly thrilled at the opportunities we’re able to provide with music and hopefully we will continue to grow … inspiring a next generation of artists to do the same.”