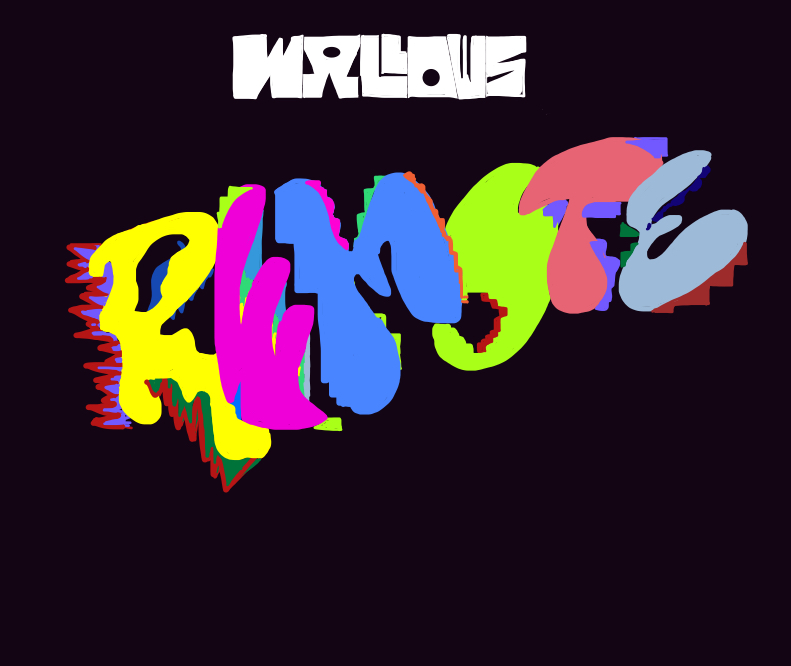 Over the past few years, a small alternative music band known as Wallows has been rising to popularity. The band is made up of three members: Dylan Minnette, Braeden Lemasters, and Cole Preston. The trio recently released a deluxe version of their 2020 EP, Remote. This deluxe version includes the initial six songs from the album that were released in October, as well as three new songs, an old single, and a new remix. Here’s a rundown of the new additions.

The first new song listed on the deluxe edition, “On Time” is a great introduction to the new style the additional songs brought to the album. It has a very soft and lighthearted sound while telling the story of a failing relationship. “Three words they don’t mean anything to me, each time I try to play the game, I wind up in defeat.” This song retains the album’s electric feel with its creatively auto-tuned vocals while providing an interesting story and well-written lyrics.

“Quarterback” is a fairly upbeat song with catchy lyrics. It’s a perfect song for spring, considering its airy feel. It was released prior to the new songs as a single and received lots of positive feedback from listeners. This is one of the softer songs on the album, and it has a similar sound to some of Wallows’s most popular songs, like their hit “Are You Bored Yet?”, featuring Clairo.

A shorter song, “Another Story” is one of the saddest additions to the album. Although it can have many different interpretations, it can be seen as a painful breakup song. “We know that every ending opens a door to a new beginning,” this is a short and bittersweet song, but it still matches the electric sound of the album. It’s an interesting and beneficial addition to the new record.

“OK” was previously released by Wallows as a single in July 2020. It quickly became popular, and later secured its spot on the deluxe edition of Remote. “OK” is a song about the struggle of accepting something that feels too good to be true. However, it can also serve as a reminder that even though there may be challenges right now, everything will be okay. Overall, it’s a catchy and uplifting song and a great example of Wallows’s sound.

Putting a fun and exciting twist on the hit song “OK”, the addition of musical artists Remi Wolf and Solomonophonic caused an interesting change in the sound of the song without losing the positive message of the original lyrics. It has the feel of a new song entirely, with new instruments and added verses. Some parts of the original song are cut, others are sped up, but overall the song stays consistent in its message while sounding completely different. The only collaboration on the album provides the album with something different and fun in comparison to the other songs.

Overall, the new additions to the album are all great choices of songs to enjoy as the weather gets warmer. The electric feel shows great contrast to other Wallows albums and EP’s, such as “Nothing Happens” and “Spring”, but the songs featured on Remote, Deluxe still have incredible lyrics and a bright future ahead of them.