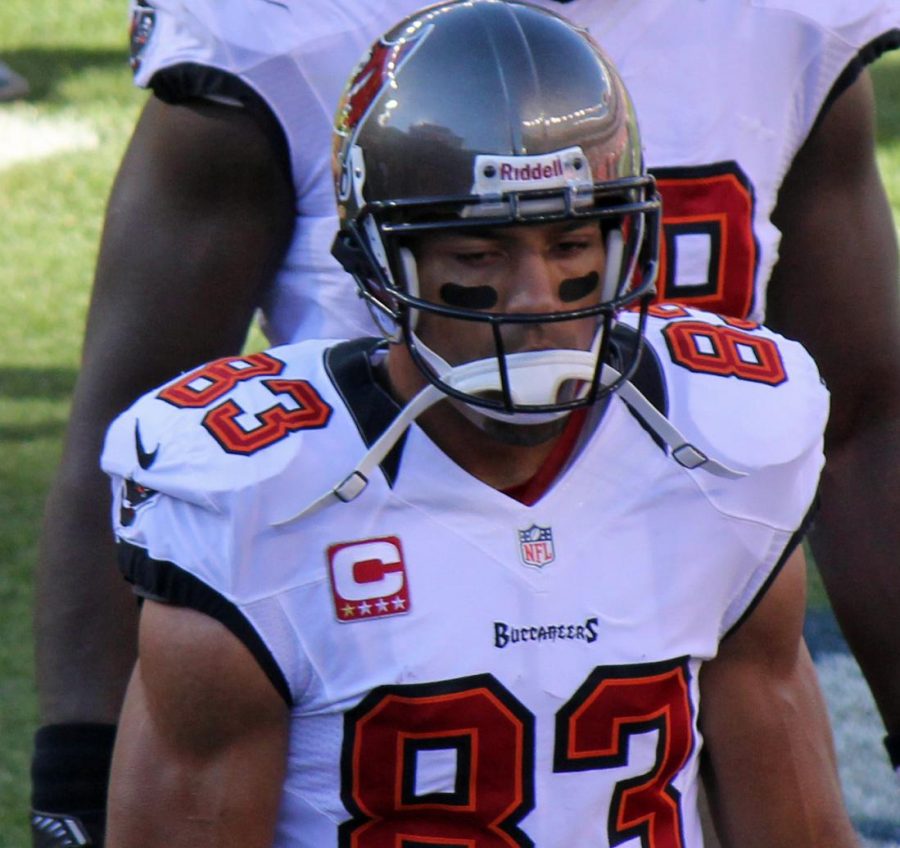 Vincent Jackson was an NFL Player who played for the Tampa Bay Buccaneers and the Los Angeles Chargers as a wide receiver. Jackson died recently on Feb. 15 from a brain disease called chronic traumatic encephalopathy at the age of 38.

The tragic event started with Jackson’s “disappearance”.  Jackson was at a hotel and his family was unaware of his whereabouts. They eventually contacted the Hillsborough County Sheriff’s Office to file a missing person case. The department was able to contact him and dropped the missing person case after clearing up the confusion.

The next day the hotel staff came to his room to clean. “They assumed he was sleeping and left the room,” said the staff members. Then, on Feb. 15, the staff realized he wasn’t moving and called 911. He was pronounced dead later that evening.

Many people thought his death was shocking and disturbing because of how he died.

“I was shocked at the way he was found and in the hotel room, especially since he was having wellness checks by the county sheriff’s department,” said art teacher Jason Gordon.

Gordon didn’t understand why he was alone when he obviously was struggling and the sheriff’s department was checking on him. “Even a maid came in and didn’t even speak to him when they were cleaning up and he could have already been dead? Ya, I thought it was crazy how it all happened,” added Gordon.

Special education teacher Martin Lewis agreed that the event was jarring. “I found his death to be shocking and my first thought when I heard about it was how his family would handle such sad news,” stated Lewis.

In the wake of Jackson’s passing, his family has decided to donate his brain for research.  Gordon believes that his family did a good thing with the donation so that maybe the testing can help save other people.

“As for the family donating his brain, I think that concussion science can greatly benefit from it. If his family is okay with the tests being done, then I can’t argue with that,” stated Gordon.

Lewis explained that CTE is often associated with brain trauma from numerous concussions. “I do think it was a correct choice for his family to donate his brain to research,” stated Lewis.

Lewis also believes science can use his brain to gather more information on this injury that the medical field and the NFL do not entirely know everything about.

“This can only be done if healthcare workers are well informed on the causes and effects CTE has on individuals. It’s also the NFL’s responsibility to provide the players with the best care possible so they can prevent and effectively treat CTE,” stated Lewis.

“I did read a few articles regarding his death and find it very sad and a little disturbing,”stated social studies teacher Christina Harrison. Harrison thought it was very concerning that he could have been dead a few days before they pronounced him dead.

“I also find it a little disheartening that the hotel staff did a welfare check on him days prior and just assumed he was okay when they found him slouched in a chair, presumably asleep,” stated Harrison.

Harrison agreed that the family did a very good act of kindness by donating his brain. “ I believe the more data and evidence they can find out about CTE, the more they may be able to help current NFL players who deal with a lot of head trauma and concussions,” stated Harrison.

“It will be an even greater reason to make sure we can find a link on how CTE affects the brain and how to help people suffering with it who may not even be aware of their condition,” added Harrison.