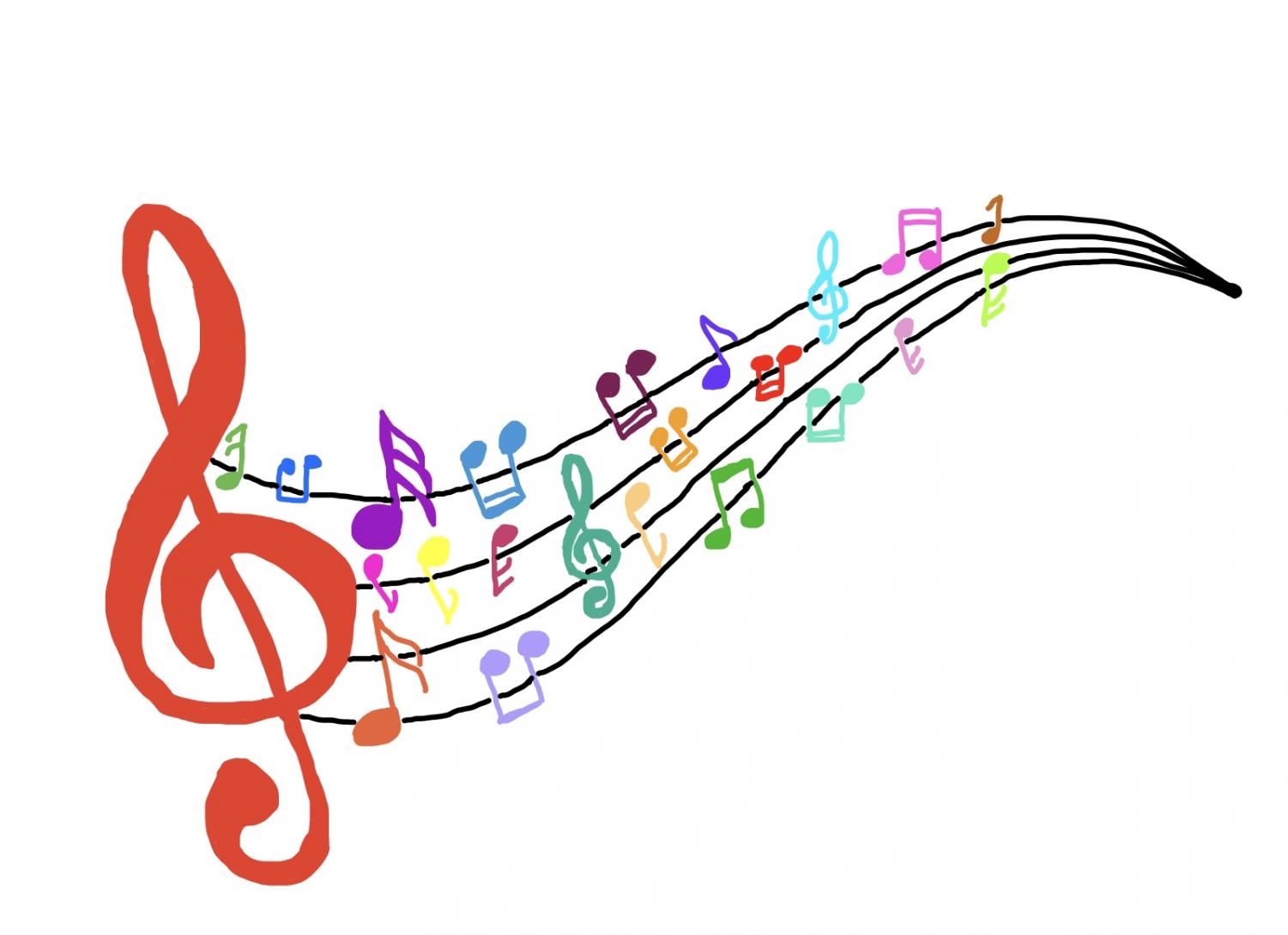 Band and chorus have interesting year amid pandemic

The band and chorus have had an interesting year in the midst of the COVID-19 pandemic.  Performances have experienced adaptations and rehearsals are currently taking place in the band room and auditorium in an attempt at some normalcy.

Students noted some of the unique ways that they’ve been keeping safe while doing what they love. “Our chairs are apart and we used to be in shower curtains in the middle school but we got masks,” stated Junior Katelynn Hazeltine.

As far as for chorus, they are six feet apart in the auditorium chairs.  “Originally at the beginning of the year it was more separated for voice parts but ever since moving from the stage to the auditorium chairs, it’s kind of been more of a fend for yourself type thing. Everybody seems to still be able to find their part and sing their part to the best of their abilities,” mentioned Senior Abigail Wieder.

For virtual students, learning the material is much different than in person. “Virtual students just watch and practice on their own,” said Hazeltine.

Wieder added, “Mr. Miller posts all of the sheet music on Schoology so that everyone can have access and has the zoom set up online for those who are virtual.  He plays the voice parts for everyone just as if it was a normal year and for those online who need the extra help or just those who are struggling in general. He also posts the vocal tracks online to make it easier to isolate your individual part since everyone’s spaced out which makes it harder to hear.”

Class structure has also changed this year.  “Typically we try to rehearse for about 30 to 40 minutes, take a break, then do a musical activity such as watching a musical that’s relevant or working on music theory,” commented Wieder.

“We rehearse for like 25 minutes then we take a break, and then play for another twenty minutes,” added Hazeltine. “We usually take a break and go for a walk for like 10 to 15 minutes,” commented Hazeltine. For chorus, they sing until around 11:50 and then take a 15 minute break to air out the room, and then come back to rehearsal.

Masks are one of the most trying changes for chorus and students are learning to adapt.  “Singing with a mask on is the same principle as singing without one on. It’s just harder to sing properly and be heard. When using a mask, your mouth is constrained so you can’t open your jaw as much to get vowels out or a nice vibrato.  This usually comes naturally with the science of music, but is prohibited by having to use a mask. When singing with a mask, you’re covering and constricting your entire instrument,” stated Wieder.

The band is no exception of the mask rule. “Yes, we have special masks to wear and bell covers over every instrument,” commented Hazeltine.

Since there haven’t been live concerts this year, both Wieder and Hazeltine noted how the programs have adapted. “We record our music and that’s our virtual concert,” stated Hazeltine.

“You perform a little bit of both in a sense, but primarily this year we’re doing just recordings that you can listen to, just like if you were listening to a song on Apple Music. Whereas, in the previous year, for the graduation song and a challenge song, we had the music pre-recorded and mixed, and then used a video of us singing individually. There was a soundtrack placed over the video. Doing a virtual concert would be very difficult, considering sound quality is much harder to produce vocally with masks on or have everybody all together since over half of the chorus is now virtual. However, the plan for the spring concert is to be able to perform altogether at Dimmick Park, just like normal, so that we can all be singing together at the same time in a safe environment,” added Wieder..

This year has been very tough for the entertainment industry. Regardless of changes and some constrictions, the school is very lucky to do some form of rehearsing and performing, unlike other schools and professional production companies and Broadway.