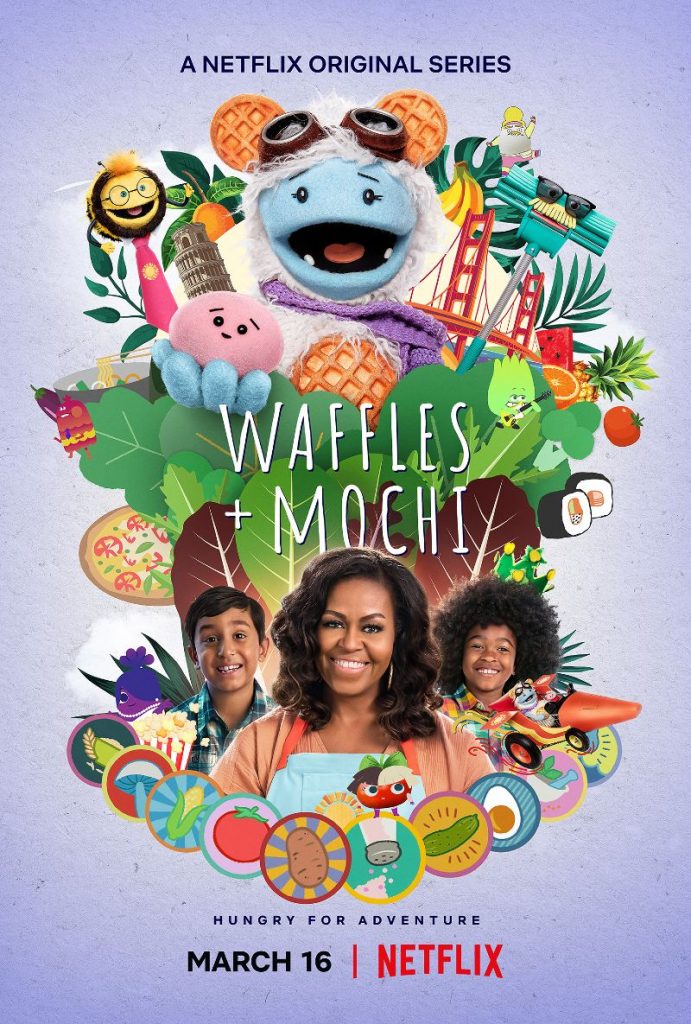 “I’m excited for families and children everywhere to join us on our adventures as we discover, cook, and eat delicious food from all over the world,” tweeted Obama Tuesday morning to announce the show.

In this series, Obama stars as a store proprietor who recruits Waffles and Mochi, two puppets who want to be culinary experts. Furthermore, she assists the pair with setting out a worldwide experience, utilizing a flying shopping cart as their guide. They visit eateries, kitchens, and homesteads around the planet — riding in gondolas in Italy and on llamas in Peru.

As stated by former President Barack Obama in 2018, regarding their Netflix partnership, “That’s why Michelle and I are so excited to partner with Netflix — we hope to cultivate and curate the talented, inspiring, creative voices who are able to promote greater empathy and understanding between peoples, and help them share their stories with the entire world.”

Waffles and Mochi was made by Erika Thormahlen and Jeremy Konner, and executive produced by Michelle and Barack Obama. The arrangement highlights appearances by Stranger Things star Gaten Matarazzo, Jack Black, Zach Galifianakis, Common, Rashida Jones, and Sia. The first season was released on March 16.