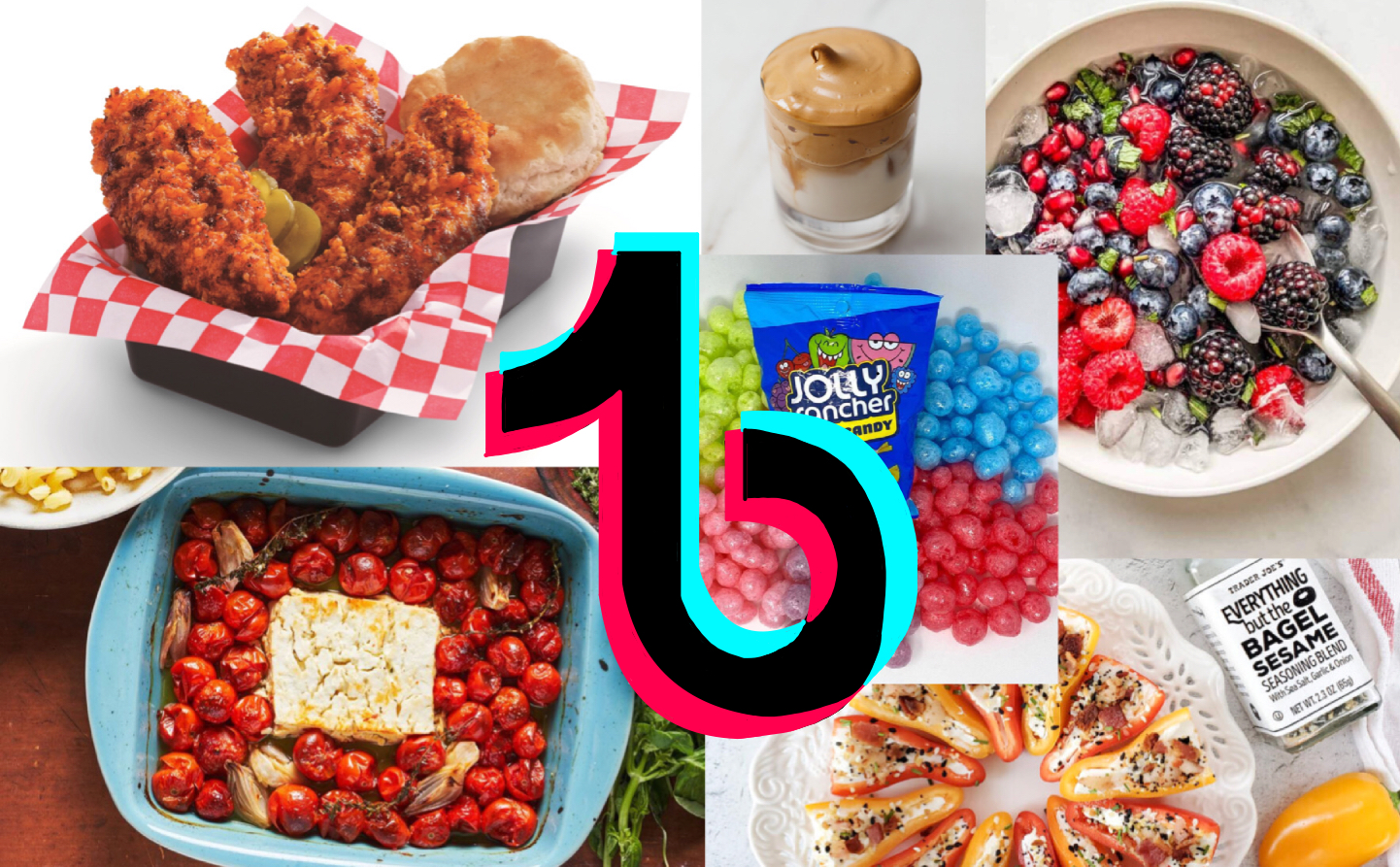 Go on Tik Tok to watch fun and creative videos, but you might stumble across these delicious foods!

Tik Tok is where many people go when they are looking to have a good time, but it can also be a place to find quick, easy and trendy food ideas. These foods range from snacks, meals, and even desserts. These foods are blowing up on Tik Tok because they are quick, easy and most importantly delicious. There are so many different foods on Tik Tok but here are some of the most popular and tasty ones.

Natures Cereal was a recent trend on Tik Tok. It was a pretty simple recipe: you add strawberries, pomegranate seeds, and blueberries into a bowl and then pour coconut water over top. This dish was meant to be really delicious and refreshing. The creator of the dish was Lizzo herself. Lizzo is vegan and on her Tik Tok shares her delicious vegan recipes with everyone. This seemed to be a hit among everyone who tried it.

Feta pasta was such a big trend a lot of stores ran out of feta cheese. The reason this was so popular was because it was a delicious and filling meal that was very easy to make. You pour cherry tomatoes into the bottom of a pan then put the block of feta cheese in the middle. Once you do that you drizzle olive oil on the top and put it in the oven. When you take it out of the oven you mix the tomatoes and the cheese together and add your cooked pasta. People seemed to really enjoy this dish.

A woman on Tik Tok by the name of Jen makes food videos and she made one eating these KFC tenders. The video blew up and then everyone wanted to try them. They are chicken tenders covered in a spicy dry rub with a spicy butter sauce poured over top of them. They aren’t new on the KFC menu, but they were just brought into a new light when featured on Tik Tok.

Whipped coffee was a huge trend during quarantine and is coming back slowly. You make it by getting instant coffee, sugar, and water and putting it all in a mixing bowl. If you mix it on high for 5 mins you will get this really fluffy and airy substance that you can mix with milk. People love this recipe a lot and used to make it all the time.

This trend was started by a woman named Amanda who makes food videos on Tik Tok as well. You just cut a bell pepper in half then spread the cream cheese on and if you want you can even add some “everything but the bagel” seasoning. This was such a big trend because it was delicious and refreshing, but also very quick and easy to make. Bad things are almost never said about these snacks, people seem to overall really love it.

This snack is pretty self explanatory but people have been going crazy over it. The thought of puffy candy really fascinates people. They have many different types of candy such as skittles, jolly ranchers, peach rings and many more. The fact that people can’t just freeze dry things whenever they want makes this way more appealing. How can you go wrong with soft candy?