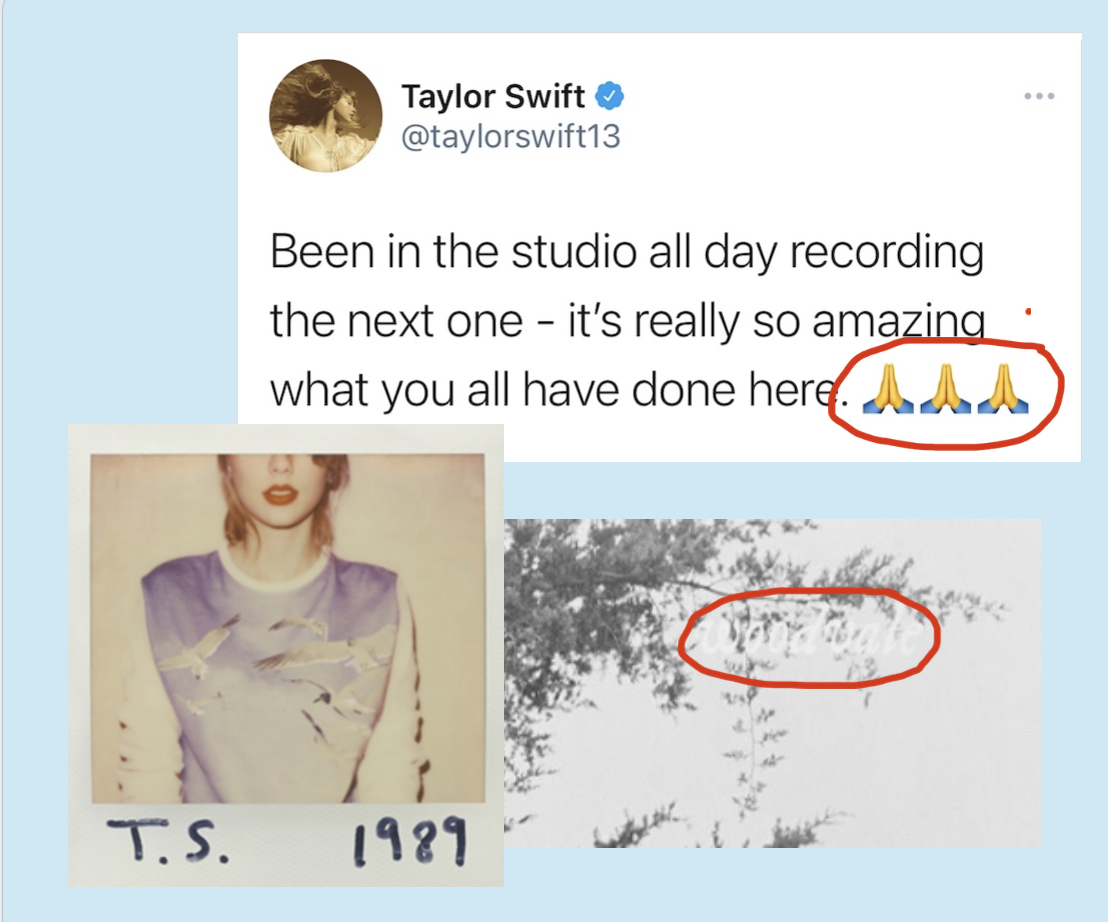 Questions arise as popular artist hints at a new project

There’s been a recent buzz in the air among Taylor Swift fans as she begins releasing her new re-recordings for her previous albums. Some people may see this act as a cash grab, but considering her already high status, this is much more a case of pride and ownership. Swift’s masters were sold by her former producer, Scooter Braun. This made her unable to perform her old songs at her own shows, the same songs that she wrote and sang. The decision to re-record her old albums was for the purpose of owning her own content again, yet the re-recordings still turned out to be incredibly successful, leading fans to wonder which album will be released next.

Taylor currently has five more albums to re-record. She has already recorded Fearless (Taylor’s version). She has yet to record her Debut (Taylor Swift), Speak Now, Red, 1989, and Reputation. She currently has ownership over Lover, folklore, evermore, and Fearless (Taylor’s version). Even though they are songs that fans have heard before, her re-release of Fearless did incredibly well. Many fans listen not only out of respect for Taylor but in order to hear how her voice has matured and improved since she originally recorded the album.

Along with the old songs, Taylor has also been releasing some songs that she calls “From the Vault.” These are songs that were written back when the rest of the album was written, but not put on the original album. One of her most groundbreaking vault tracks is known as “Mr. Perfectly Fine,” an emotional yet upbeat song about heartbreak with singer Joe Jonas. Despite being over ten years old, this song quickly hit the top of the charts. Even Joe Jonas’s wife praised the song.

Taylor is known for her habit of hiding clues and “Easter eggs” within her songs, social media posts, interviews, and music videos. She has previously hinted at both of her surprise albums of 2020, evermore and folklore. Most Taylor Swift fans tend to study her behaviors involving all of the clues she likes to leave in order to try to figure out what her next project might be. She recently appeared on “The Late Show” with Stephen Colbert, where she had shown a mood board with pizza on it. Fans quickly decided that the pizza was referencing New York. The opening track on Swift’s album 1989 is called “Welcome to New York.” This led fans to believe that her next re-recorded album will be 1989.

Even crazier, fans have now formed a third album theory surrounding the idea that Taylor has another surprise album planned, titled Woodvale. In the album cover art for folklore, the word woodvale was hidden within some tree branches. Taylor claimed that it was a simple mistake and that it was an idea for the name of the album, but some fans think otherwise. She loves trilogies, as seen in her three songs “Cardigan”, “August”, and “Betty”. She also continuously leaves hints of threes on social media. This could all just be a coincidence, but considering Swift’s sneaky and detailed nature, like likelihood she wouldn’t plan an elaborate secret is low.

To some, these theories may sound like a reach. But Taylor has left detailed hints many times before. Before folklore‘s release, the singer tweeted “Not a lot going on at the moment” out of the blue. She also tweeted using eight emojis, one to symbolize each of her albums, as well as folklore.

Although she has a lot going on with re-releases, the arrival of a brand new album wouldn’t be surprising to most fans. Swift is very productive when it comes to music, and can easily write and produce material she has a passion for. Between folklore and evermore, there was a 140-day gap. For this reason, Swifties believe that if there is a third album, it will be released on April 30th, 140 days since the release of evermore.

For now, Taylor seems to be a wild card. Fans are anticipating more re-recorded albums to be released throughout the year, and some conspiracy theorists have faith in a tenth album. Only one thing can be known for sure, Swift isn’t nearly close to being done with making music and leaving clues