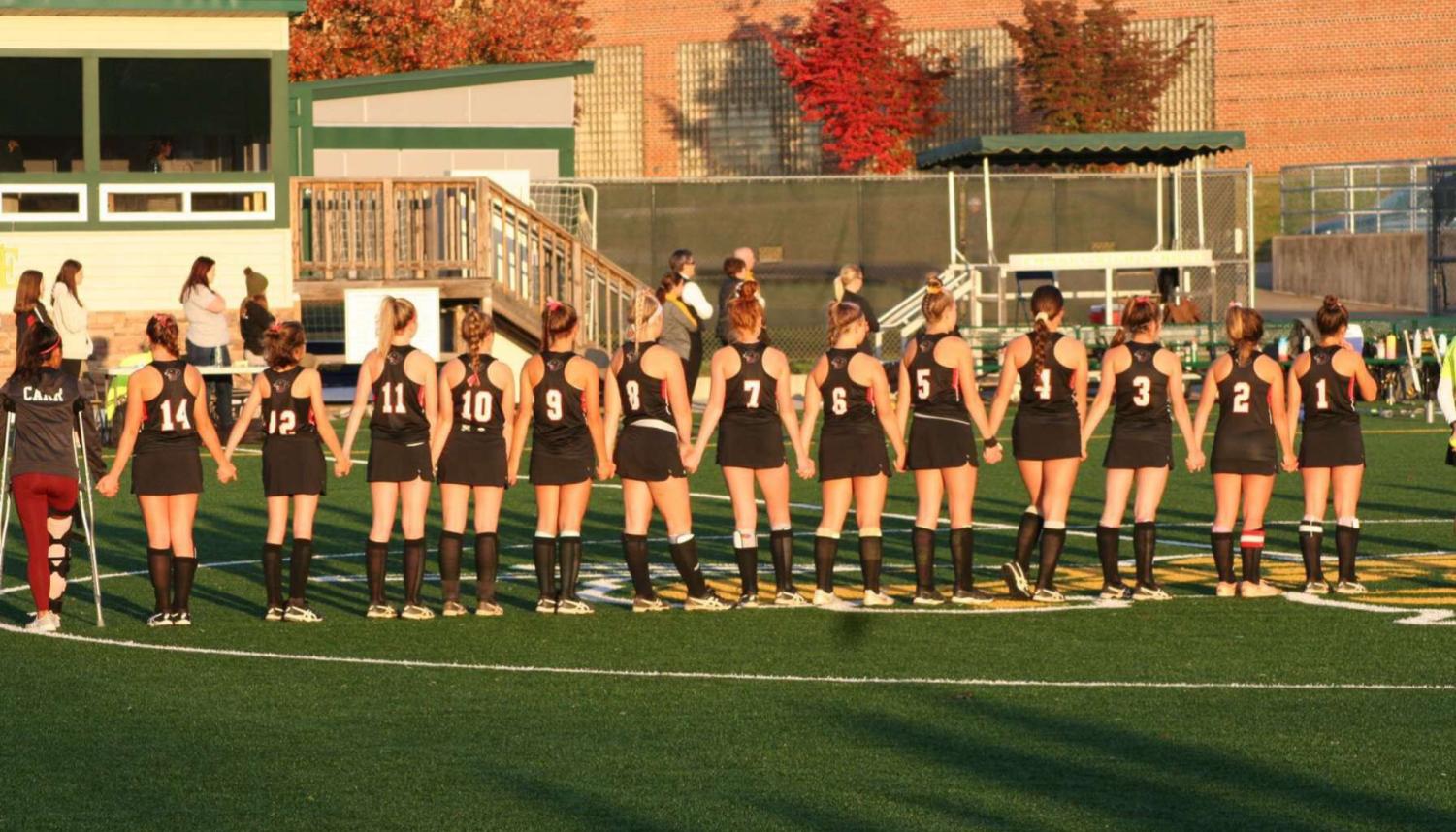 With all the uncertainty surrounding the cancellation of athletics, students remain uncertain about the future of their athletic pursuits

This fall-sport season brought with a season of unknowns.  With the tragic announcement of the discontinuation of sports seasons at Saucon Valley High School, the student-athletes were left confused and filled with emotions. What had originally been announced as a three day closure, was then pushed to a two week closure with the cancellation of all extracurricular activities. This was not only the end of the road for the girls’ field hockey and boys’ football team, this was a forfeit from the district tournament.

“It came as a complete shock, my entire team and I were just speechless,” said a senior field hockey player who asked to remain anonymous. “Just knowing that we had worked so hard for our No. 2 seating in districts, and followed all of the guidelines in place, just for our season to be taken away anyways is just heartbreaking.”

The field hockey team had originally been able to push their district semi-final game back a day when it was the original three day shut down, which had given them immense hope of being able to play at least one more game.

Despite all odds, the field hockey team was given an opportunity to play together one more time at a tournament on Nov. 21. When Coach MK Omdahl sent out a text asking if anyone was interested in playing, almost the whole team responded with a strong yes within minutes.

The seniors were beyond excited and grateful that they were able to play the sport they had trained for and played for the past five to six years one more time before continuing with their future endeavors. Additionally, the underclassmen were also very excited that they were able to play with their seniors who they have looked up to and found comfort in for the past season of uncertainty.

An hour before the SV Panthers football team was ready to take on Palisades for their last game of the regular season as well as senior night, there was an announcement of a cancellation of the game along with the school day closure. Emotions for the boys were high, especially the seniors who had worked so hard for the past four years. They realized that they weren’t going to be able to be recognized as seniors, which is something that every student-athlete deserves.

Though their game that night was canceled, they were all still hopeful and looking ahead to their district playoff game against Bethlehem Catholic. Which in a few days they had learned they were going to need to forfeit due to the two-week closure.