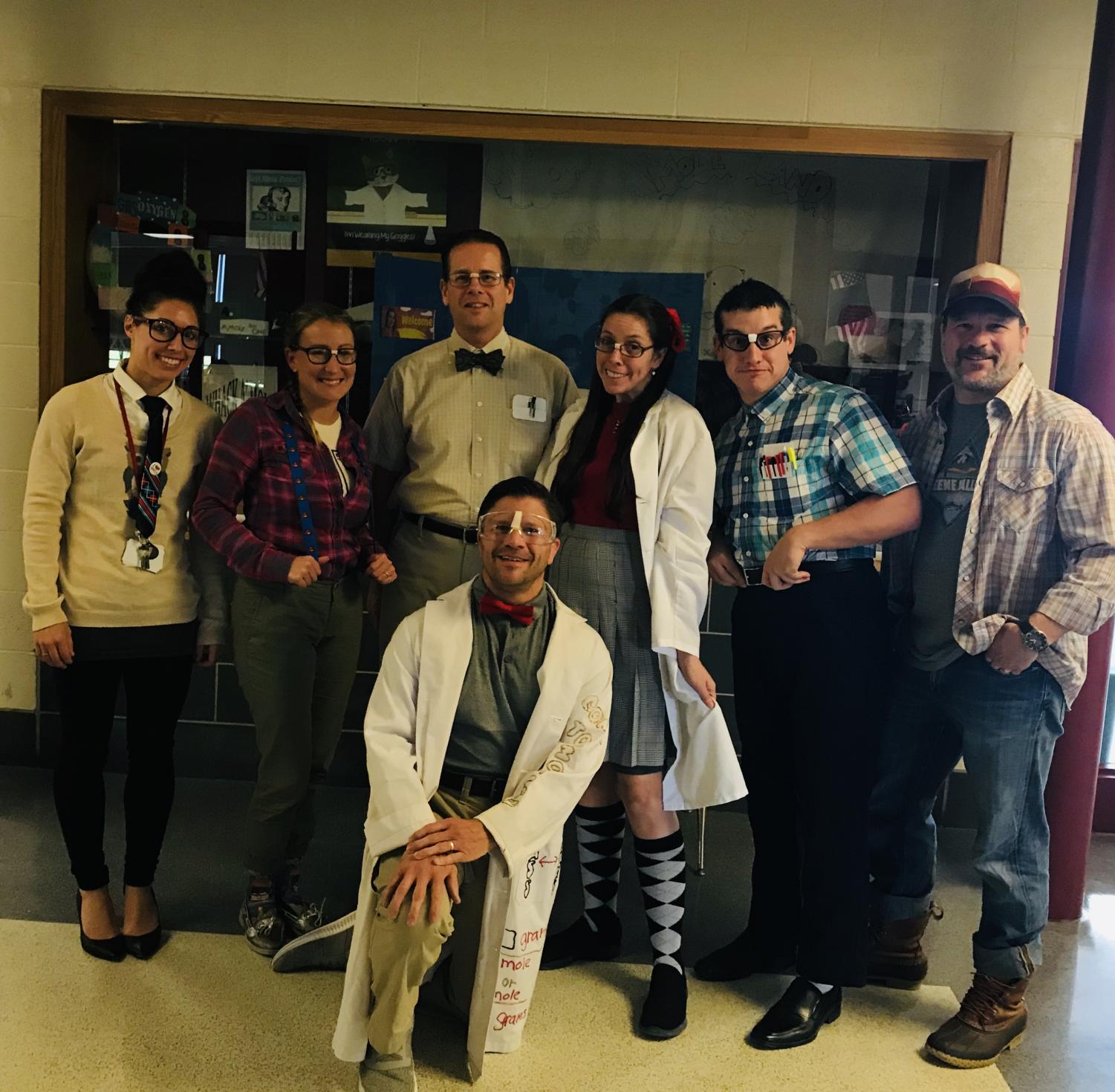 Pictured last year at Halloween, Mr. Fowler is third from the left in the top row.

Pictured last year at Halloween, Mr. Fowler is third from the left in the top row.

This past year, Saucon’s own Mr. Cameron Fowler stepped down and retired from his position as one of the high school science teachers. Best known for his instruction of Physics First, Mr. Fowler was one of the most beloved teachers in the district and is greatly missed.

After over 19 years of teaching, everyone was shocked by Mr. Fowler’s retirement. To come back to school after the lockdown in early 2020 and find him gone, many were devastated. Despite the sadness in his absence, the Saucon community is instead honoring Mr. Fowler as an amazing teacher and friend.

“It was an immense pleasure to spend 20 years of my career next door to Cameron Fowler. Friend, mentor, & colleague; he taught me so much. I already miss him dearly” stated teacher Mr. Svitilla. Fowler and Svitilla grew an iconic friendship after being classroom neighbors.

Mr. Fowler’s friendly personality made him a go-to guy in the science wing. He was always conversing with other teachers and students in the hallways, and took any chance he could to help anybody out.

“Mr. Fowler is one of the most hardworking, down to earth, and kind people I have ever met.  He would give you the shirt off his back if you were in need and always went above and beyond for his students. He was a dedicated member of the Saucon Valley family and is greatly missed” said teacher Ms. Tassinaro. Fowler and Tassinaro have been great friends since they began teaching with one another, and they often helped each other out and engaged with each other’s classes, but now Ms. Tassinaro misses him dearly.

The hardest part of Fowler’s retirement was that no one was quite expecting it. Students were surprised to return to school and find him gone, and many were upset that they didn’t get to say a proper farewell.

Mr. Fowler’s time at Saucon was well spent, as he was a great teacher for Physics First, and leader of Scholastic Scrimmage. His intelligence always amazed his students, and he even passed it on to many eager learners, who are very saddened to no longer visit his classroom or pass him in the hallways. He always gave a warm welcome when running into his students, both past and present.  And while everyone will miss his kind heart and warm presence, we can all agree that we hope he is enjoying retirement and that he returns to visit soon.